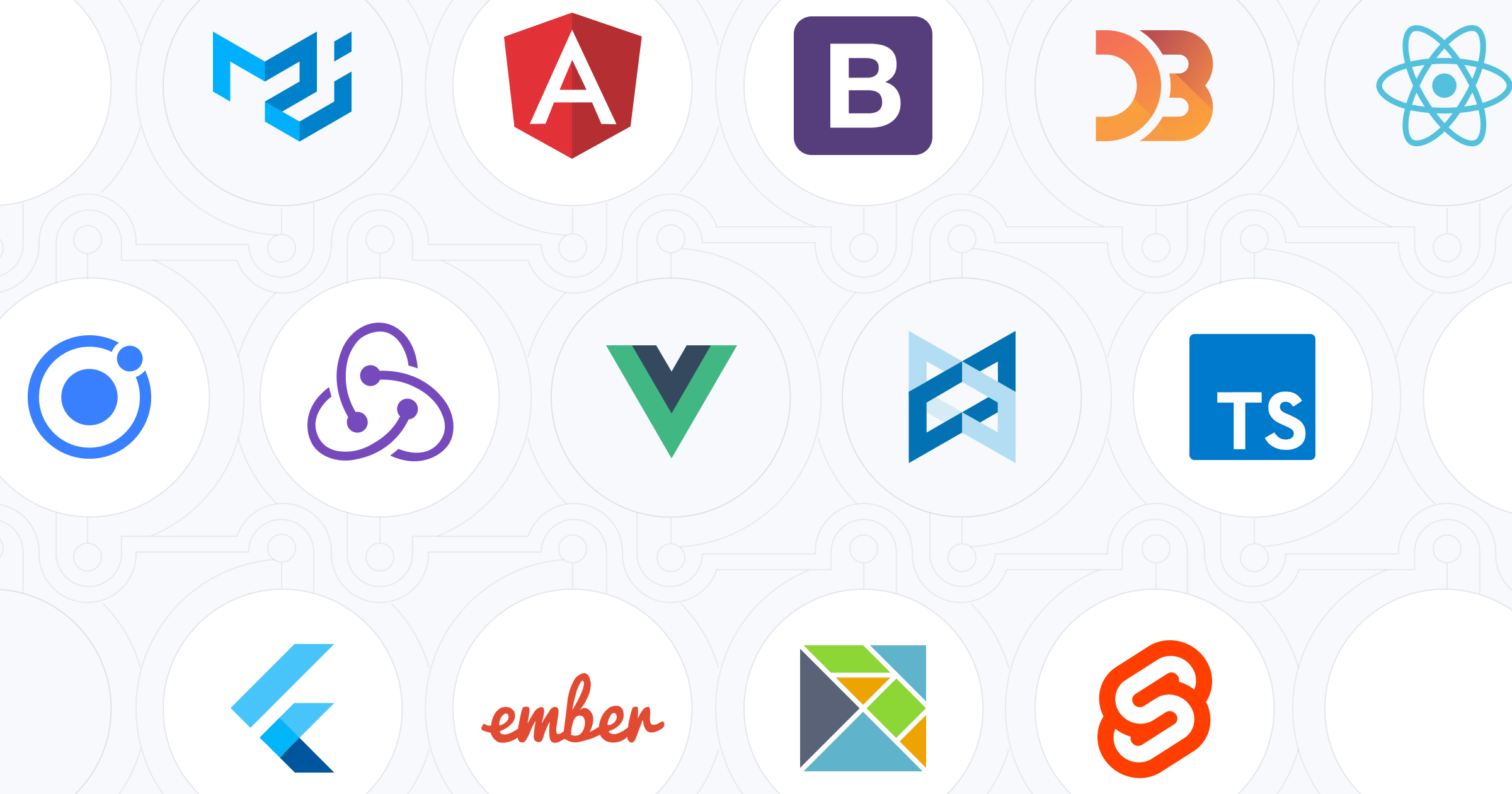 Adapting to change is a must for any company that doesn’t want to get buried by their competitors. Since web technologies move fast, you have to keep pace with their evolvement. One of such major evolvements is opting for low-code development instead of traditional frontend development to build internal tools and business apps.

Not so long ago, creating an internal tool or a web app was possible only with custom app development. You had to master frontend technologies, languages, libraries, frameworks. Now, you can achieve the same results if you opt for a visual internal tools builder. With low-code, you’re free from the need to dig into a neckload of frontend development techniques.

The low-code market shows no sign of letting up. Feature-rich low-code and no-code development platforms are continuing to appear. Front-end development tools are losing momentum.

Let’s see the list of the most widely used frontend dev tools and technologies that low-code internal tools builders like UI Bakery, Retool, Internal.io, and others allow you to forget about out and away.

It’s a dominator in a front-end development area used by more than 70% of developers according to the recent research by The Software House. React is an Open Source frontend library released in 2013, and maintained & supported by Facebook. It allows for building responsive and seamless apps, reuse code, and debug fast.

This is a well-known front-end development framework created in 2009 and aimed at building dynamic web apps. It has gained popularity thanks to its key advantages like pre-made templates, MVC architecture, code generation and splitting, and others. Angular is supported by Google and has a big community of developers.

Released in 2014, Vue.js is a promising JavaScript framework for creating web app interfaces. Vue.js is maintained by Evan You, its creator, and enthusiasts from such companies as Netguru and Netlify. Vue.js uses MVVM architecture. One of the key features of this frontend framework is the absence of pedigree. It combines the strongest parts of React and Angular together.

It’s a domain-specific language tailored for reactive web frontend development appeared in 2012. It’s used for creating web browser-based graphical user interfaces with a decoupled and easy to rewrite code, and immutable variables. The main focus of Elm is on high app performance and usability as well as the flawless user experience.

Flutter was built in 2017 on Dart. It’s a cross-platform Open Source UI software development toolkit made by Google to create a responsive UI. With Flutter, you use a set of reactive widgets that are a part of an app, so no compatibility issues arise. Due to the hot reload, you can make changes in the code without the need to reload the app each time.

Ionic is a front-end development and cross-platform mobile apps development technology released in 2013. It allows software engineers to build native apps compatible with iOS, Android, Web. Ionic is maintained by the software engineers from Drifty Co. Due to its simplicity, high speed, and cost-efficiency, Ionic is favored by a lot of developers all over the globe.

Bootstrap is an Open Source CSS framework released in 2011 by Mark Otto. It’s tailored for creating dynamic websites and web applications. With Bootstrap, you can create responsive web apps and websites, and ensure frontend development consistency. The Bootstrap community is rather big, so you can get support when needed.

TypeScript is an Open Source programming language released in 2012, maintained my Microsoft, and used for web front-end development. It shares the semantics with JavaScript. The web apps built with TypeScript are scalable, quick to respond, bug-free and easy to maintain in the long run. Also, the code can be refactored without major complications.

Ember.js is a JavaScript single-page application (SPA) framework released in 2011 and used to create mobile and desktop apps. Ember.js uses a MVVM architecture and enables you to design the development environment. Ember.js offers a range of features and components available out-of-the-box, and aims at maximizing the developer’s productivity.

D3.js is an interactive data-driven Javascript-based library released in 2011. It enables data management, dynamic data visualization. D3.js supports the processing of large collections of data. It allows for manipulating the Document Object Models in programming. Due to its functional style, D3.js also allows you to reuse the code.

Redux is a state management library for JavaScript applications released in 2015. Using Redux, you can develop consistent apps running properly in client, server, and native environments. Redux allows you to centralize app’s state and logic. Thanks to Redux DevTools, you can easily track where exactly and why your app’s state has changed, and send errors reports to a server.

Material UI is a design language released in 2014 by Google and using grid-based layouts, responsive transitions, etc. It allows you to import ready-made components to build an application UI. Material Design is rather flexible for designers since it allows for creating custom themes. Thanks to its flexibility, you are able to build a visually appealing web app.

Backbone.js is a JavaScript library released in 2010 and based on the model-view-controller application design paradigm. It allows you to build client-side web and mobile apps. You can also separate business and UI logic in Backbone.js. With the use of Backbone.js, you can create a web app structure with key-value binding and custom events.

Svelte is a framework released in 2016 and used for building web apps fast (not as fast as with low-code, of course). Like React and Vue.js, Svelte also aims at simplifying the creation of interactive UIs of web applications. You can either build an app from scratch with Svelte or add it to an existing codebase.

Why low-code instead of frontend development?

Learning a new technology is always challenging. Engineering takes so much time and budget...

With low-code platforms like UI Bakery the learning curve is simple and fast, development costs are decreased in several times, changes are implemented on the go, and digital transformation happens in days or weeks instead of months. Low-code and no-code technologies are still constantly evolving, offering you new and new features out-of-the-box like app deployment and hosting, easy third-party API integration, and more.

No need to puzzle over complicated front-end development technologies and tools or hire mature front-end developers to create your new project. You can do it today with low-code without any deep front-end knowledge.